St. John’s United has served people in Montana for over half a century. Throughout those years St. John’s has abided in the missional intent of its founders while adapting to ever changing human and community needs.

St. John’s United has served people in Montana for over half a century. Throughout those years St. John’s has abided in the missional intent of its founders while adapting to ever changing human and community needs.

The earliest notion of St. John’s began when a humble group of thirty-one Lutheran church leaders met together on November 18, 1958 at the Billings Starlight Terrace Restaurant. Their purpose was to consider development of a home for older adults, rooted within the Christian religious tradition and would provide compassionate care and services of highest quality.

Following a year of conversations and consultations, seventeen Lutheran congregations collaborated to found Lutheran Retirement Home Incorporated on February 10, 1960. Soon after, St. John’s Lutheran Home was adopted as the name of reference.

September 23, 1962, Montana Governor Tim Babcock was present for the blessing and groundbreaking of purchased property located at the corner of Rimrock and Shiloh Roads in Billings. The original building included 129 apartment units. As the nature of resident needs evolved, St. John’s responded by expanding living spaces and providing skilled nursing services.

Three years later, an appeal from Lutheran colleagues in Montana’s Bitterroot Valley was made that St. John’s provide management services to Sapphire Lutheran Homes in Hamilton. Soon after, St. John’s became the second location in the United States to develop Green Houses, which offered innovative skilled nursing care within cottages, housing 12 residents in a homelike environment.

As the first decade of the twenty-first century advanced, invitations surfaced from surrounding communities for St. John’s to develop additional retirement settings, which led to openings of The Crossings in Laurel and The Willows in Red Lodge.

In 2017, Missions United constructed and opened WyndStone Retirement and Assisted Living in Billings Heights, which like Mission Ridge, is managed by St. John’s United.

In 2019, leadership renamed the organization St. John’s United to be more inclusive of the full range of services provided and to provide the public with more clarity.

In 2020, a portion of the original building was replaced with larger and more welcoming residential apartments. Leadership intends to replace the original St. John’s building with newer spaces that will increase and improve services.

Since its founding, St. John’s has consistently provided for the healthcare needs of its residents while nurturing wellness.

In 2005, St. John’s began to offer healthcare services in the form of transitional care to those discharged from hospital contexts but not yet ready to return home. A cottage was constructed in Billings to provide inpatient and outpatient physical, occupational and speech therapy.

In 2013, St. John’s partnered with Billings Clinic and Big Sky Senior Service to launch a home-based services initiative named St. John’s United Home Health and Hospice. Through this Medicare-approved venture, skilled nursing, therapy and hospice services are offered to people within their homes.

Since its founding, St. John’s United has held spiritual care at the center of its mission. A qualified spiritual care team is ever available for all St. John’s communities to accompany people through life transitions, healthcare decisions, bereavement or to converse about specific religious matters. These spiritual caregivers also provide leadership for weekly worship experiences, funerals, weddings and other liturgical needs.

In 1996, St. John’s opened a licensed childcare center as a benefit to employees and to the community. Since then, Center for Generations has advanced to become the largest privately owned childcare context within Yellowstone County, serving children spanning the ages of six weeks to twelve years.

At request of the Montana Synod of the Evangelical Lutheran Church in America, St. John’s assumed management of Lutheran Social Services of Montana, which provides licensed adoption placement services, pregnancy support, foster care child services, and mental health counseling services. Since then, and now under St. John’s United ownership, Family Services has continued to extend its outreach and care to employees and community members.

The St. John’s Foundation was created in 1989 to inspire philanthropic development that would financially sustain St. John’s and the people we serve. The Foundation annually conducts a funding campaign known as Seeds of Kindness to support the needs of residents, employees, Family Services and Center for Generations. The Foundation also invites people to consider planned gifts that are invested into permanently endowed funds. The Legacy Circle was established to honor those who have included the St. John’s Foundation in their estate planning or through large asset gifts to the Foundation’s Endowment.

In recent years, the Foundation expanded its philanthropic intent by bolstering volunteer services that connect people with meaningful experiences of serving throughout St. John’s communities. The Foundation also generates community events such as the Summer Concert Series and Art for the Ages that bring people together to experience the joy of music and the beauty of art.

Driven by a love in Christ for those who most need to be lifted high, those first faithful founders who gathered in 1958 were never about buildings and places, it was always about people. Commitment, compassion, and innovation have inspired St. John’s United in its abiding mission to provide living opportunities within nurturing environments of hope, dignity and love. 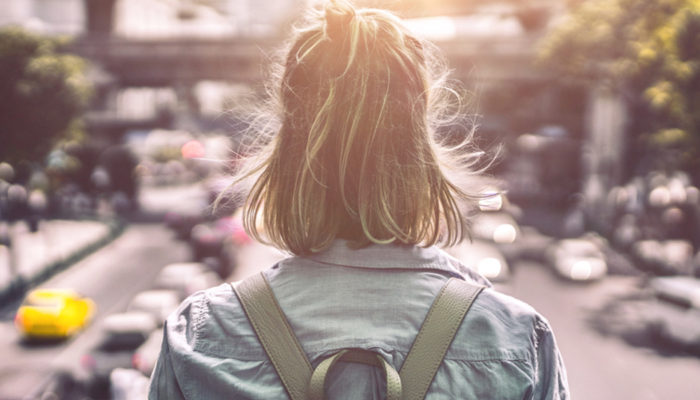