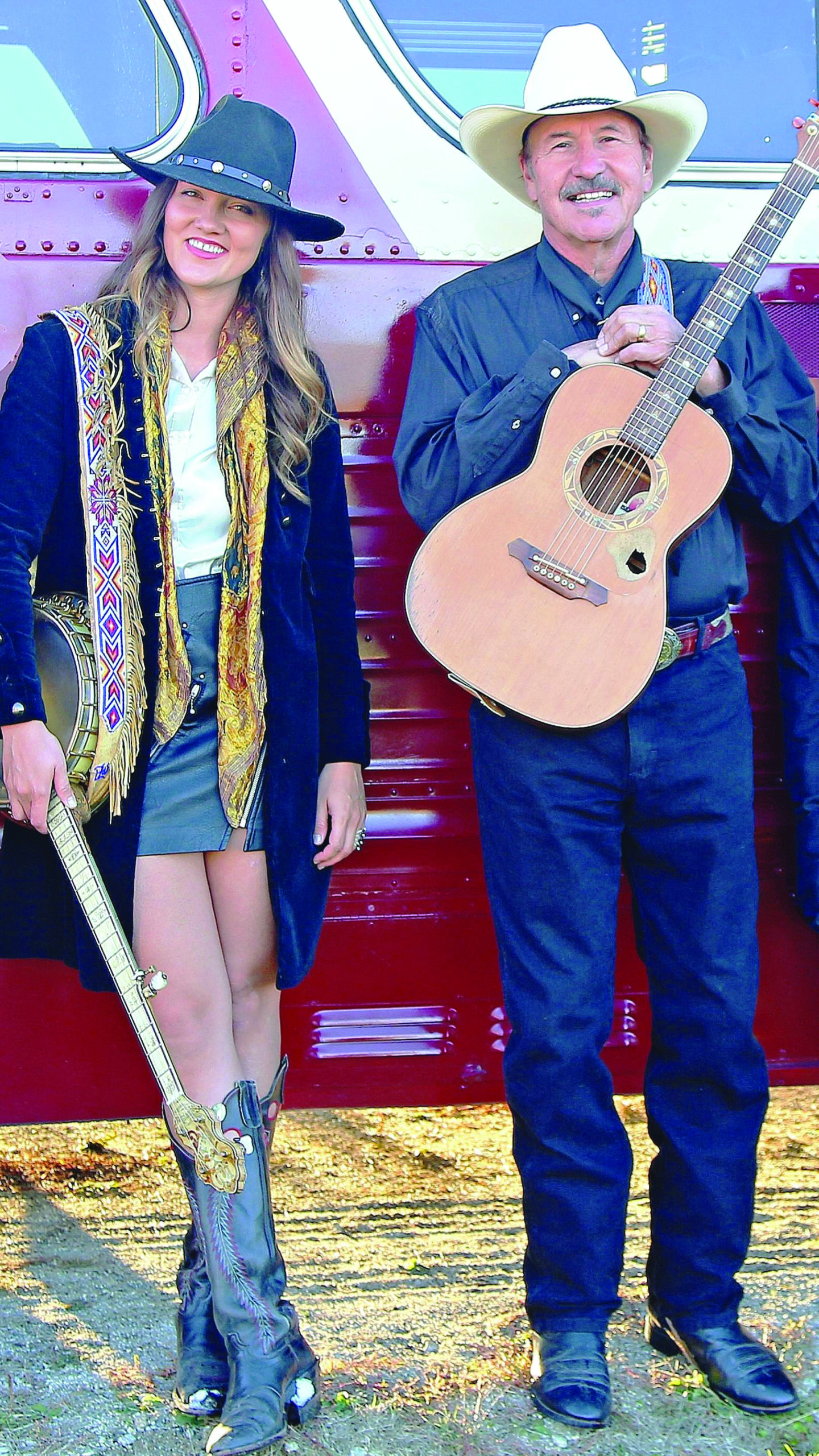 Rob Quist, brings lead vocals, banjo and guitar to the stage and is lead singer and songwriter of such seminal groups as Mission Mountain Wood Band, The Montana Band, and Rob Quist & Great Northern.

His ode to rural living “Close to the Land”, recorded by Michael Martin Murphey, was awarded Song of the Year at the Texas Music Awards, and featured on the Grammy nominated bluegrass album by Murphey.

Rob has: released several CDs; appeared on National TV numerous times; toured extensively to Japan, Europe and the US; is a published poet; and inducted into the U of Montana School of Fine Arts Hall of Honors, recognizing him as “one of it’s greats”.

The daughter of a famous Montana musician, Rob Quist (Mountain Mission Wood Band), Halladay Quist was born with music in her blood. She began her musical endeavors at the age of six, on the road with her renowned musical family and used those experiences to develop her distinctive songwriting voice and unique musical talents. Striking out as a solo artist, Halladay has appeared on stage with highly accomplished and award-winning artists like Jewel, Korb Lund, Colter Wall, Michael Martin Murphey, and Collin Raye, and been featured at festivals such as the National Cowboy Poetry Gathering and Crown of the Continent Guitar Fest among others.

A multi–instrumentalist (guitar, stand–up bass, banjo, ukulele, piano), Montana’s rising daughter brings to the stage a sultry vocal blend of country, bluegrass, folk rock and blues in her own original music along with popular covers appealing to a broad range of audiences throughout the northwest.